Today, my wife had headed for her hair salon, so I had almost the half day to myself.  I had recently  rented City of God, a Brazilian film about gangsters, drugs, violence, guns, and anything you could think of violent.  My wife enormously dislikes these kind of violant films, so today was good day to see this kind of a movie.

So, let’s go on with a small review about this movie.  The movie takes place in Brazil in the early 70’s.  The slum called the City of God is where all kinds of violence takes place and the power to kill, power to steal, and power to overbear is all the respect you get. You had to be evil in order to survive.  The movie goes on to take three time stages all in this city.

To me, it was a really great movie.  I enjoyed as a film, and also, it made me think about poverty and those kind of problems we have all over the world.  Living in Japan makes me forget that there are so many people starving and suffering from poverty.  It is always a shame to know that I have forgotten these facts.  Not many things I can do, but I have promised to myself that I will be more aggressive to donation:-)

The story is based on a true story and most of the actors and actress I heard are amateurs scouted from the real slum areas, making this film soooo real.  Since the subject itself is not the Hollywood style entertainment, I wouldn’t recommend this film to everyone, but if you like movies or documentary styled stories, this is a film you must see.

Have a nice weekend everyone!

from my tumblr
Next
Ticket
Prev 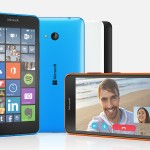 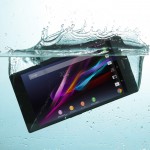 Come to think of it, seeing the new Sony ...