As most of people know, there was a huge earthquake today here in Japan.

We have lots of small earthquakes every once in a while, so I usually don’t get so surprised when there is one, but it sure was different today.  I live in Tokyo so it was smaller than the Sendai City, but it sure was big enough.

I was at my office.  The first few seconds wasn’t so frightening, but the shaking became larger and larger every second and I told my staffs to hide under their desk.  But still, the shakes got more and more wild and I told everyone to get out of the building.

It sure was terrifying.

Thank God that at least Tokyo was not hit bad.  But still, the northern part of Japan has major damage and there are many afflicted victims who has lost their homes, friends, and family.

I just hope there will be no more earthquakes coming…

from my tumblr
Next
IKEBUKURO HOST
Prev 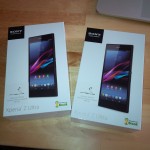 Good morning everyone! (Taken with insta ...