I have been using the tumblr since the beginning of this year and I do like the way it works by gathering all of my social feeds in one place. But at the same time, I have noticed the bad things about it too.

One of the critical disappointments I have encountered was the SEO. It just sucks.

It seems okay when you search for my tumblr site itself, but when you try to search for one of the entries, you will never find it on a search engine. I have noticed this because when I tried to search one of older entries, I found the twitter entry but not the original tumblr entry.

Tumblr should change the below things in order to have better SEO
-have a H1 tag for all entries
-better meta description and keywords
Above are the simple essentials for the SEO, and when you look at the source codes, it’s obvious that tumblr needs more work.

But just because tumblr sucks in SEO, I still love this service and will keep on using it. It’s a service I had been wanting, and I like the philosophy of the service.

My concern is that when an Internet service is bad in SEO, those services usually have a catastrophic ending… And since I strongly want the tumblr to continue it’s service, I just hope this will change some day.

tumblr more fun than I thought 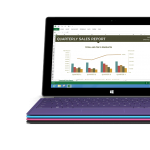 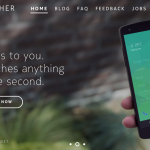